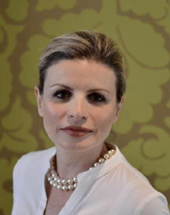 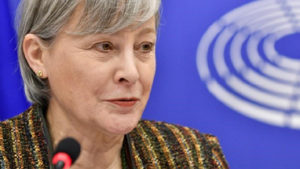 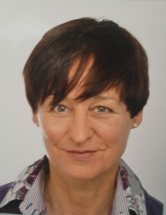 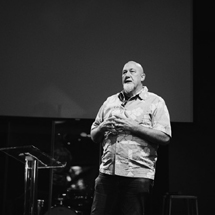 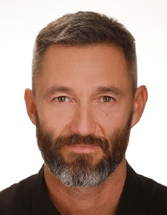 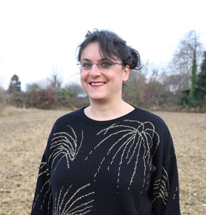 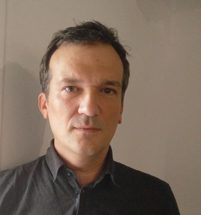 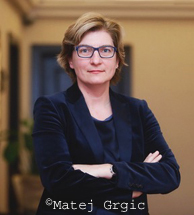 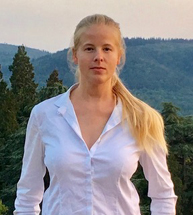 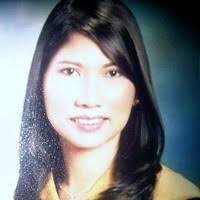 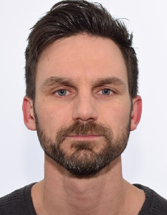 Daniel Ostertag, Made for Humanity e.V. 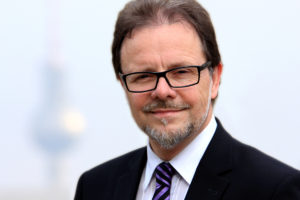 The European Commission appointed an EU Anti-Trafficking Coordinator, Dr. Myria Vassiliadou, who is responsible for improving coordination and coherence among EU institutions, EU agencies, Member States and international actors, and for developing existing and new EU policies to address THB. This includes monitoring the implementation of the EU Strategy towards the eradication of trafficking in human beings 2012-2016 and the December 2017 Communication stepping up EU Action to address trafficking in human beings.

Mary is a key parliamentary figure on issues of human trafficking and sexual exploitation. In 2013, she was the rapporteur of the ground-breaking resolution of the European Parliament on ‘sexual exploitation and prostitution and its impact on gender equality’. The resolution advocated the Nordic model on prostitution and sought to combat human trafficking and protect the rights of trafficked persons.

Mary has worked on a variety of women’s rights issues within the European Parliament, including sexual harassment, gender and taxation, and the rights of women refugees. Prior to her work as an MEP, she was Chair of the Greater London Labour Party Women's Committee during the 1980s and spent three years as Treasurer of Emily's List, an organisation that helps Labour women campaign for seats in Parliament.

She is also the author of "Women in Power", a directory of female MEPs, and more recently “Parliamentary Pioneers,” charting the history of Labour’s early women MPs.

Helga Gayer is a member of the expert group "GRETA" (Group of Experts on Action against Trafficking in Human Beings) of the Council of Europe, Chief Detective Officer and Deputy Head of the Human Trafficking Unit at the Federal Criminal Police Office in Wiesbaden.

She is a fully qualified lawyer and works, among other things, in the criminal areas of smuggling, document falsification and corruption. She has extensive experience in the fight against human trafficking, including analysis, investigations and cooperation with all relevant actors at national and international level (e.g. Europol, Interpol, Frontex and Eurojust).

She has also been involved in the legislative process in Germany, which has produced in 2016 a law to improve the fight against trafficking in human beings and a law to protect persons working in prostitution.

Detective inspector Häggström has been combating prostitution and human trafficking for sexual purposes since 2008. Häggström's primary assignment is to fight human trafficking by eliminating the demand for sexual services according to the Swedish so-called "sex purchase act" which criminalizes the buying of sex but not the selling. He spends his working hours in the streets, sexclubs, apartments and hotels arresting pimps or sexbuyers and identifying and helping victims of prostitution and trafficking.

Häggström is also since 2009 an appointed member of the Swedish National Task Force Against Prostitution and Human Trafficking which consists of experts from the National Police Board, the National Criminal Police, the International Chamber of the Prosecutors office, the Swedish Migration Board and the Swedish Social Services.

"It's my firm belief that you cannot end prostitution and human trafficking as long as you have men who are willing to buy women and children for sexual exploitation. Sexbuyers are the crucial sponsors of human trafficking" - Häggström says.

During these years, Häggström has personally arrested more than 1 500 men for the buying of sexual services. His current workplace is with the Trafficking unit of the National operations department of the Swedish police.

Gene McConnell is one of America’s foremost experts on shame & its impact on one’s personal perception that effects all other relationships. His message helps identify and interpret the adverse consequences of societal trends that are engulfing our increasingly sexualized culture. Gene's work has taken him around the world developing youth camps, women's retreats, keynote speaking and has been hosted on radio and TV programs nationally and internationally. His education outreach extends to youth, individuals and organizations world-wide teaching about the foundational elements of building and maintaining healthy relationships in marriage, the workplace and the community. His proprietary programs, Pursuing the Hidden HeartTM, and The Power of PornTM, broke new ground by demonstrating the link between the root causes of shame, broken relationships, and the consumption of sexual images.

Within the context of his security company THE BLACK TOWER SECURITY, he is also active against human trafficking and sex purchase and critically questions the alleged male need for prostitution.

Justyna Koeke from Sisters e.V. is one of the initiators of the video campaign #IchBinKeinKeinFreier from Stuttgart.  She teaches at the Academy of Visual Arts, is active in the Sisters Initiative for the Exit from Prostitution and is part of the campaign #Rotlichtaus in Baden-Württemberg.

Frédéric Robert is co-founder of Zéromacho, an international association of men who work against the system of prostitution and for equality between women and men. Founded in 2011, Zéromacho organises meetings, rallies and groups to reflect on masculinity and is part of the French collective "Abolition", which brings together 62 groups working against the prostitution system.
Zéromacho is also part of the international association MenEngage. Boys and men for gender equality www.menengage.org.

Dr. Ingeborg Kraus, internationally reputed psychotraumatologist, graduated psychologist and psychological psychotherapist, member of the German Society for Psychotraumatology and the German Society for Trauma and Dissociation as well as the European Society for Traumatic Stress Studies (ESTSS). She has written numerous publications on the connection between trauma and prostitution and gives lectures and advanced training on this topic worldwide. She has been working in her own practice in Karlsruhe since 2012. She has treated many trauma victims, including many women who have been victims of prostitution.
Dr. Kraus is the initiator of the appeal of trauma therapists against prostitution: www.trauma-and-prostitution.eu/der-appell and runs the website "Trauma and Prostitution", which informs about the realities of prostitution and its health and social effects. She is co-founder of the alliance "Stop Sexkauf" and has launched an international petition to reduce prostitution in Germany.

Now she is doing educational work about prostitution and human trafficking, especially about the so-called "loverboy method". Sandra Norak does prevention work in schools to show young girls how to recognize "loverboys" and protect themselves from them.

She supports a change of the liberal prostitution legislation in Germany.

Neil Giles has been working with STOP THE TRAFFIK since 2008 and has the role of Director of the Centre for Intelligence-Led Prevention (CfILP ). He has extensive experience and knowledge in the sector of international crime prevention and human trafficking, among other things through his many years at New Scotland Yard.

He was a manager at the Line Protection Centre (CEOP), the English Criminal Prosecution Service for the Exploitation of Children. He was recently appointed an expert member of the Global Initiative Against Transnational Organised Crime. Neil has also led the Thomson Reuters Foundation's collaboration with the "European Bankers Alliance Against Trafficking". This has resulted in a prevention guide for global financial institutions to detect and stop traffickers' money movements.

The task of the "International Justice Mission Philippines" is to change the public justice system in such a way that the fight against the sexual exploitation of children on the Internet is sustainably improved and its distribution in the Philippines significantly reduced.

Daniel Ostertag, Made for Humanity e.V.

Made for Humanity clears up in Germany over topics such as human trafficking and forced prostitution. In addition the association supports the purely charitable part of the partner workshops and ensures that the employed women receive not only fair work but also Math and English lessons as well as daily care by a social worker on topics such as lifestyle and coping with trauma.